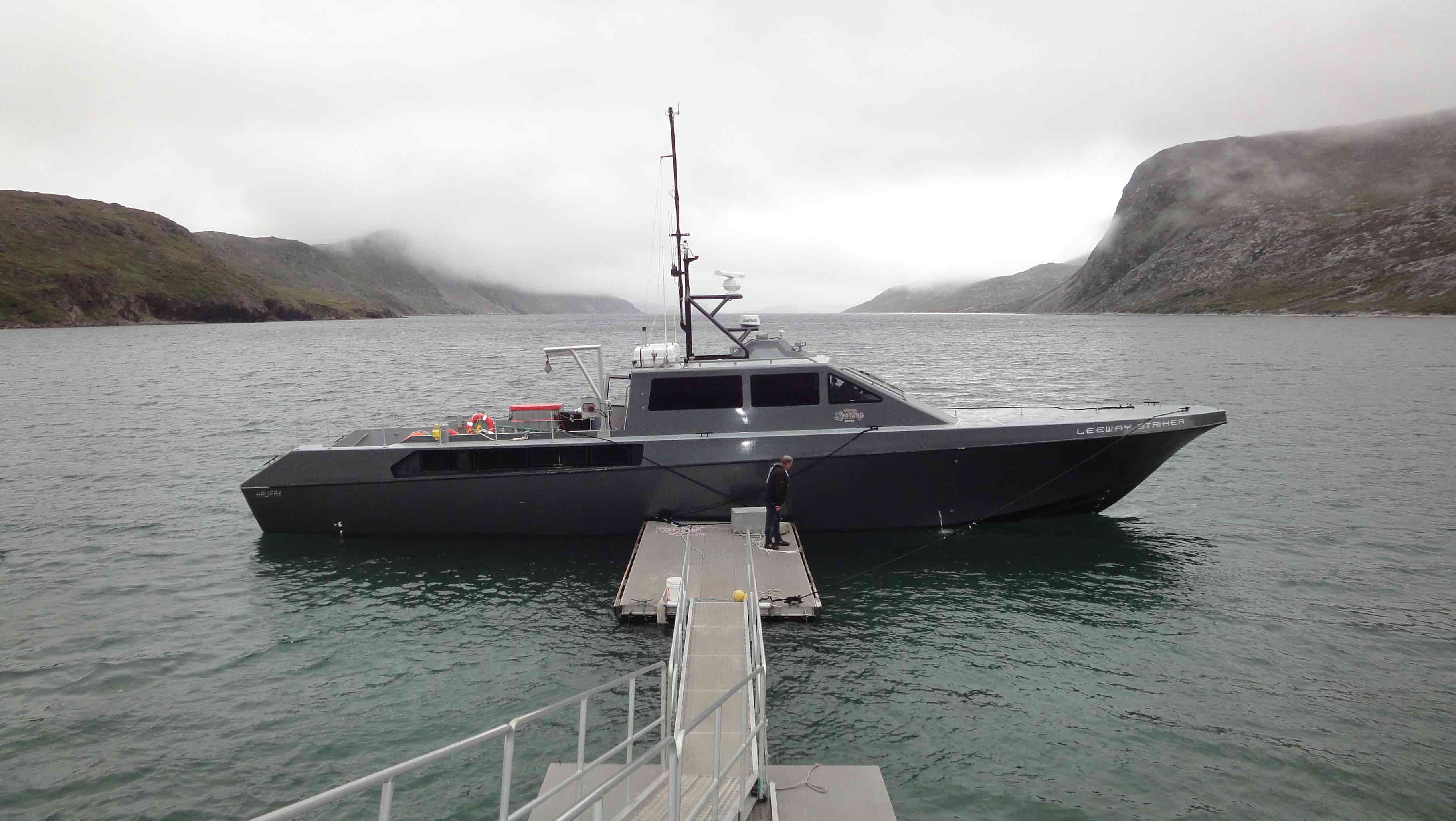 The LeeWay Striker has received Transport Canada Certification and has returned from extensive sea trials in the Canadian Arctic.

LeeWay Marine purchased Striker last year in Tampa Bay, Florida and imported the vessel into Canada in late 2018 for refit and certification. With the support of the Atlantic Canada Opportunities Agency, LeeWay worked with local suppliers and contractors to complete the refit in August.

Striker was designed as a fast-attack patrol vessel for military applications but has been converted to be the world’s fastest and most versatile ocean survey vessel, with top speeds approaching 60 knots.

During the refit, she was outfitted with the latest in offshore technology, including:

“I couldn’t be happier to have Striker Transport Canada certified and ready for commercial operations”, said Jamie Sangster, CEO of LeeWay Marine. “The new configuration of Striker means that our clients can get to sea faster and have access to the latest in survey support technology. We’re acutely focused on providing high value for our clients, and that’s what this refit represents. We also own the vessel design, which means we can produce more if the market requires.”

LeeWay Striker is available for hire this season.

LeeWay Marine is a vessel owner/operator based at COVE (The Centre for Ocean Ventures and Entrepreneurship) in Dartmouth, NS. Their range of vessels support geophysical and geotechnical surveys, offshore oil and gas, ocean technology development, physical oceanography and naval defence training. For more information, please visit www.leewaymarine.ca. Find us on Facebook and Twitter @leewaymarine, and on LinkedIn.