Knowledgeable in a range of disciplines, including professional marine engineering, naval architecture, marine law, marine surveying and marine operations, the LeeWay team offers a powerful combination of innovation and execution on any project. 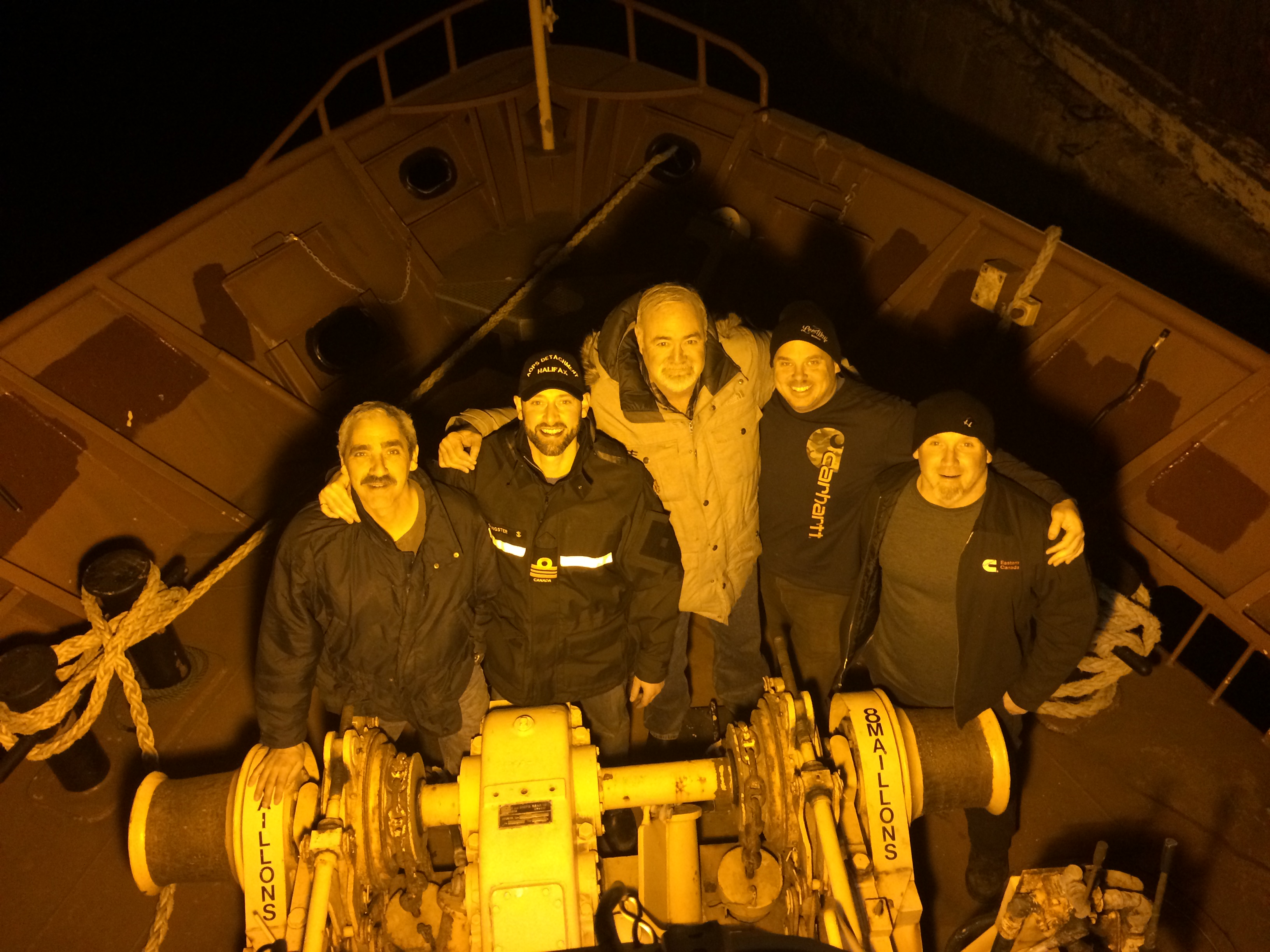 Jamie is the founder of LeeWay Marine. Prior to LeeWay, Jamie served in the Royal Canadian Navy for 20 years as a marine systems engineering officer and naval architect, and has extensive sea experience aboard Canadian major warships. Jamie has spent his career on the operational waterfront and at sea in various technical and operational leadership roles. These positions include engineering officer aboard a Canadian patrol frigate in domestic and international operations, east coast fleet maintenance manager, east coast fleet senior naval architect, technical director for a major submarine refit project, and detachment commander and technical lead for new ship construction at Irving Shipbuilding.

Jamie originates from Pictou Landing and holds a degree in mechanical engineering from Royal Military College as well as a master’s degree in naval architecture from the University of London UK. Mark retired from the Royal Canadian Navy after serving 23 years as a marine engineer and radiation safety specialist. The Newfoundland and Labrador native has extensive training in marine diesel engines and was awarded his marine diesel inspection qualification by the RCN.  Mark’s expertise at sea and alongside ensured the correct operation of many systems, such as main engines, gearing, shafting, generators, hydraulics, air, lube oil, fuel and domestic water. A graduate from Dalhousie University’s Bachelor of Management program and native Haligonian, Greg is an experienced marketing and operations professional who has worked in both the private and public sectors.

His previous roles have included business development, market research and branding for a high-growth tech startup in the agricultural sector, marketing in telecommunications, and marketing for foreign direct investment at the Nova Scotia provincial government.

At LeeWay, Greg's role is focused on planning for, and management of, daily vessel operations for the fleet.

Greg has completed his Certified Associate in Project Management certificate in addition to his degree from Dalhousie. Originally from Parsborro, NS, Danny grew up operating fishing vessels in the Bay of Fundy and was a ship carpenter’s assistant. He has over 3,000 operational sea days, both as a senior naval chief in the Royal Canadian Navy and a >60 ton qualified ship’s master.

In his 35-year career with the navy, he served in various high profile seamanship and leadership roles and became renowned as one of the most competent and valued sailors in the fleet.  Danny was awarded the Meritorious Service Medal from the Governor General of Canada in recognition for valour under duress after he single-handedly saved HMCS Athabaskan from running aground.

Danny brings a wealth of pragmatic seamanship experience and creative solutions to the LeeWay team.

After spending 7 years in the Royal Canadian Navy, Bill left to begin a career in the financial services industry with a major Canadian bank. During his 14 year banking career Bill has been responsible for managing the treasury requirements of Commercial and Corporate bank clients across Atlantic Canada, with specific expertise in creating operational efficiencies and maximizing cash flow from operations.

Bill holds a Bachelor in Business Administration from the Royal Military College, and has a Certified Treasury Professional designation. A graduate of Memorial University's BBA program, Alice spent the early years of her HR career in the Offshore Drilling Industry in Newfoundland. After 4 years working on real estate development and bar management projects in Nicaragua, Alice returned to Nova Scotia to join the Leeway team. Being surrounded by marine professionals throughout her entire life, as well as drawing from her professional experience in the Offshore Drilling Industry, Alice brings a unique perspective to her role in Human Resources and crew management. Bob retired from the RCN in late 2011 after completing over 35 years of service.  As a junior Marine Engineering officer, he experienced the Cold War transition of the Navy from steam propulsion/analog-based technologies to gas turbine/diesel propulsion/digital technologies.  His last 10 years of RCN service was primarily focused on support to the material readiness/certification and/or operational tasking of HMC Ships and Submarines, holding appointments as DGMEPM/DMSS 4 (now DMEPM SM 4), MARLANT N37, CCFL/ FTO, and double “hatted” as FMFCS Engineering Manager/MARLANT Formation Technical Authority (FTA/N42). A marine engineering graduate from the prestigious Maritime Academy Of Nigeria, with over 15 years experience of working onboard vessels and ashore in both operational and managerial capacities. Tim is privileged to have worked in different reputable international organizations in the oil and gas field, most recently working as the Port & Base Engineer maintaining a fleet of vessels operating in an offshore environment which included Shell and Mobil, among others, before joining LeeWay Marine.

Tim obtained his Marine Engineering COC a few years after graduation and also pursued other post graduate & professional training from schools in The UK and USA, Italy and Canada. Michelle earned her Ocean Technology Advanced Diploma from Nova Scotia Community College and holds a Bachelor of Science in Biology and Math from Mount Allison University. She is highly knowledgeable of the marine environment, coastal systems, and oceanography; and is experienced in mission planning, small vessel operations, mooring design, and the deployment and recovery of oceanographic equipment. Michelle’s role is in-part focused on the management of ocean technology equipment and data, as well as coordination and execution of small vessel operations.

Michelle has also recently received her Certificate in Maritime Safety Management and the ISM Code from Lloyd’s Maritime Academy. Her strong work ethic, values and dedication continue to lend to the advancement of her role in the management and improvement of Leeway’s Health, Safety and Environment program. Betty joined the LeeWay team as an Ocean Technologist and Project Coordinator in the summer of 2021 after completing the Ocean Technology Advanced Diploma program at Nova Scotia Community College. She is also a graduate from Dalhousie University with a double major in Marine Biology and Spanish & Latin American Studies.

Having worked as a biologist for both Dalhousie University and the Department of Fisheries and Oceans Canada, Betty’s expertise lies in planning, coordinator and conducting near-shore research and field operations.

Along with coordinating vessel operations, Betty’s role at LeeWay also includes expanding our current Ocean Technology programs. Her work ethic and passion for improving the Ocean Industry makes her a valuable asset to the LeeWay team.