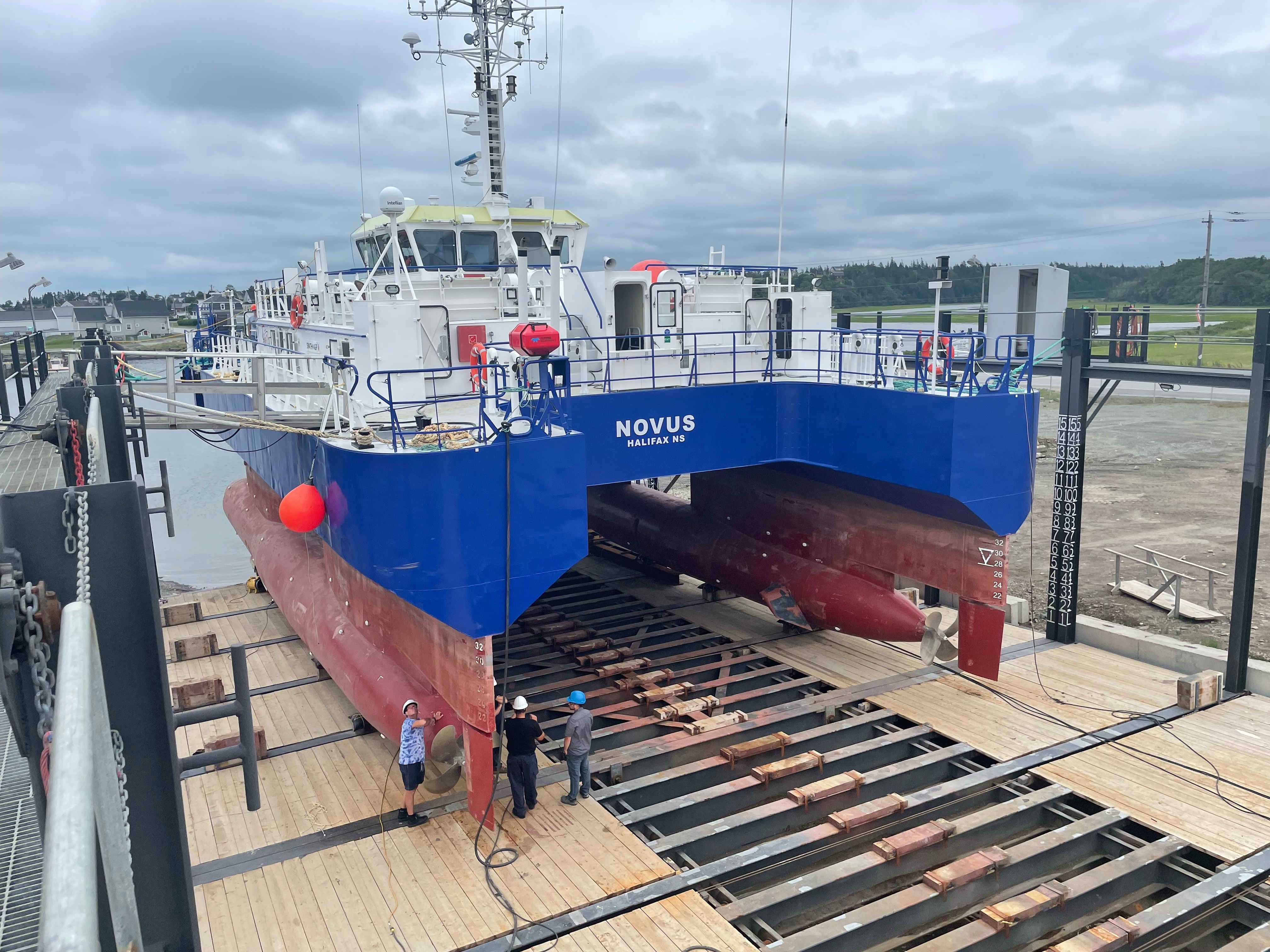 There’s no doubt that Nova Scotia has a rich history in ship design, building, maintenance and logistics. On any given day along the water’s edge, you can see dozens of fishing vessels sailing by on the search for the “oil of the sea” as Stan Rogers called it, tankers arriving from the nearest fuel terminal, or container ships bringing goods from Europe and Asia to North America. The supporting industries of shipbuilders, naval architects, chandlers, riggers and more keep all these vessels moving, seemingly without skipping a beat.

It should be no surprise then that one of the most novel ship designs – small-waterplane-area twin hull (SWATH) – of the modern era came from an individual who grew up on the shores of Nova Scotia. Frederick G. Creed (born 1871), the namesake of the former CCGS Frederick G. Creed, grew up in Mill Village, near Liverpool, Nova Scotia and moved to England in the late nineteenth century. His curiosity and desire to improve existing products lead him to design an updated teleprinter. By 1928, Creed’s company was purchased by IT&T, but not before his initial designs and concepts for a “Sea Drone” were patented in 1919. His final SWATH design was presented to the British Admiralty in 1938; 19 years before his death and 30 years before the first SWATH was built and launched in 1968.

Creed’s early designs and legacy live on in the key principles and concepts that are used to design modern SWATHs for private organizations and government research entities all over the world. The SWATH design provides an extremely stable platform for science work and crew transfer, which have made it a popular design to use for a multitude of offshore activities.

The former CCGS Frederick G. Creed provided critical science support for the Government of Canada in mapping physical and ecological features on the eastern shore of our continent. Today, LeeWay’s RV Novus continues this critical work, “bringing home” the ship design that left these shores many decades ago.