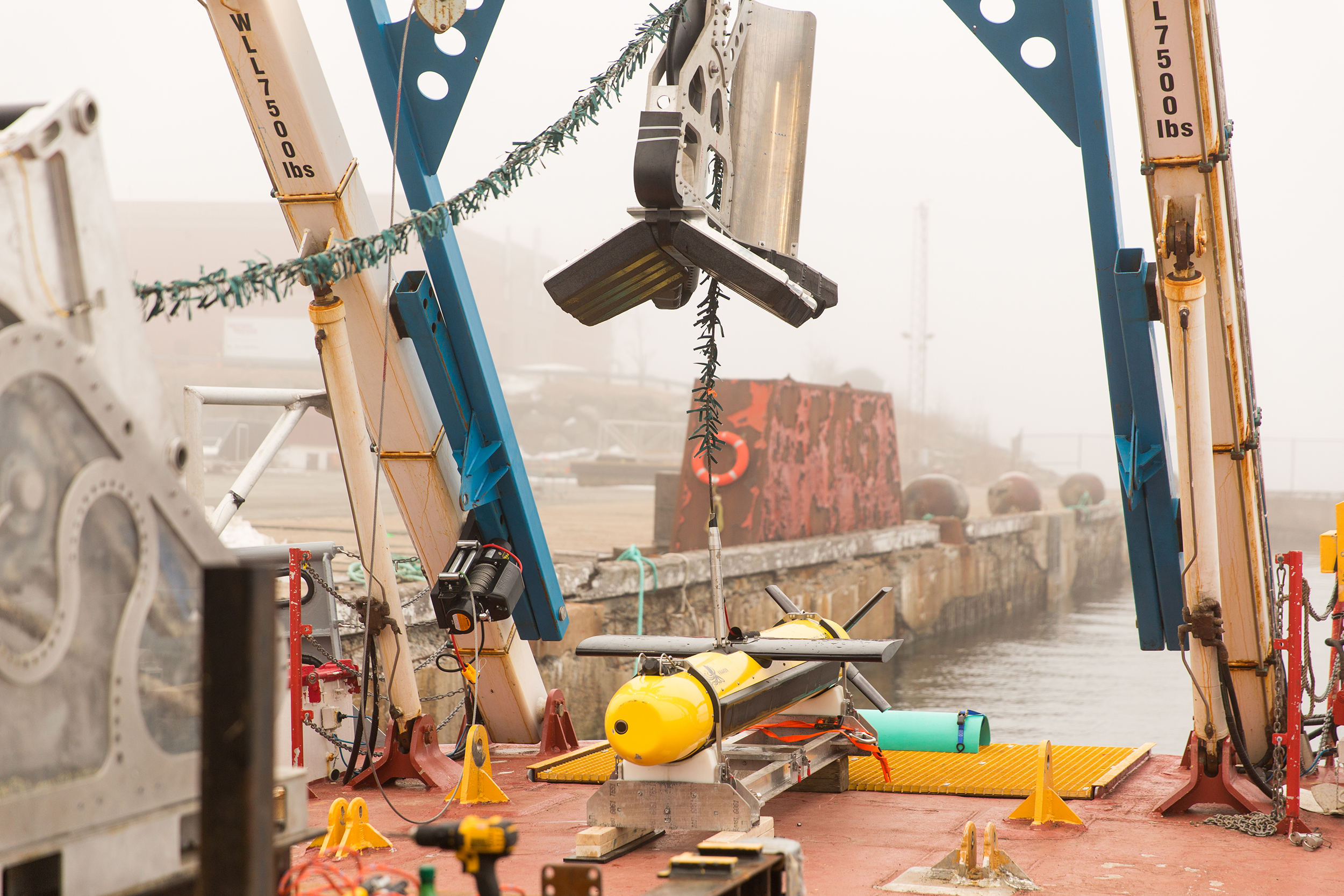 Building on their previously announced cooperation agreement (01 October 2018), LeeWay and Kraken are testing and validating the SeaScout® system for use on LeeWay’s newest fast patrol vessel, the LeeWay Striker. The two companies continue to strengthen their partnership in an effort to collect high resolution benthic data in an efficient way, while building technological capacity in Atlantic Canada.

Trials were successfully completed near Halifax, Nova Scotia, validating a number of performance objectives set out;

• Stable performance during high speed towing operations (up to 10 kts)

• Stable performance in a variety of sea states (up to SS4)

• Navigational accuracy across all speed ranges and depths

“We are very happy to support LeeWay in their development of the Striker, and integration of the SeaScout®. The success of this trial is not only further validation of the efficiency, effectiveness and ease of use of Kraken’s technology, but also demonstrating the potential for small-and-medium Enterprises (SMEs) to collaborate”, said Karl Kenny, President & CEO of Kraken.

During the trials at sea, Jamie Sangster, CEO of LeeWay, and Karl Kenny attended a meeting of Canada’s Ocean Supercluster (OSC), where Kraken representatives spoke about further opportunities for SME collaboration within the OSC. Kraken and LeeWay are both members of the Ocean Supercluster and are participants in OceanVision – a proposal to develop and demonstrate innovative new methods for ocean data collection.

“Through our collaboration with Kraken we’ve seen that the SeaScout® can provide tangible value to our clients through increased data resolution, faster survey speeds, and a safe operational profile”, said Jamie Sangster. “This project is an excellent example of natural SME collaboration; each company brings complementary capabilities which, when combined, not only increases effectiveness and efficiency of benthic data collection, but also helps to build the ocean technology ecosystem in Atlantic Canada, resulting in a lasting benefit far greater than the sum of its parts”.

• TENTACLE®, an intelligent all-electric winch that hosts sophisticated algorithms for dynamic manual, semi-autonomous or fully autonomous control. The integrated motion reference unit tracks the motion of the host vessel, and the onboard software models and predicts the sea state. The winch will be integrated into a completely Autonomous Launch and Recovery System (ALARS);

LeeWay Marine is a vessel owner/operator based at C.O.V.E. (The Centre for Ocean Ventures and Entrepreneurship) in Dartmouth, Nova Scotia. Their range of vessels support geophysical and geotechnical surveys, offshore oil and gas, ocean technology development, physical oceanography and naval defence training. For more information, please visit www.leewaymarine.ca. Find us on Facebook and Twitter @leewaymarine, and on LinkedIn.